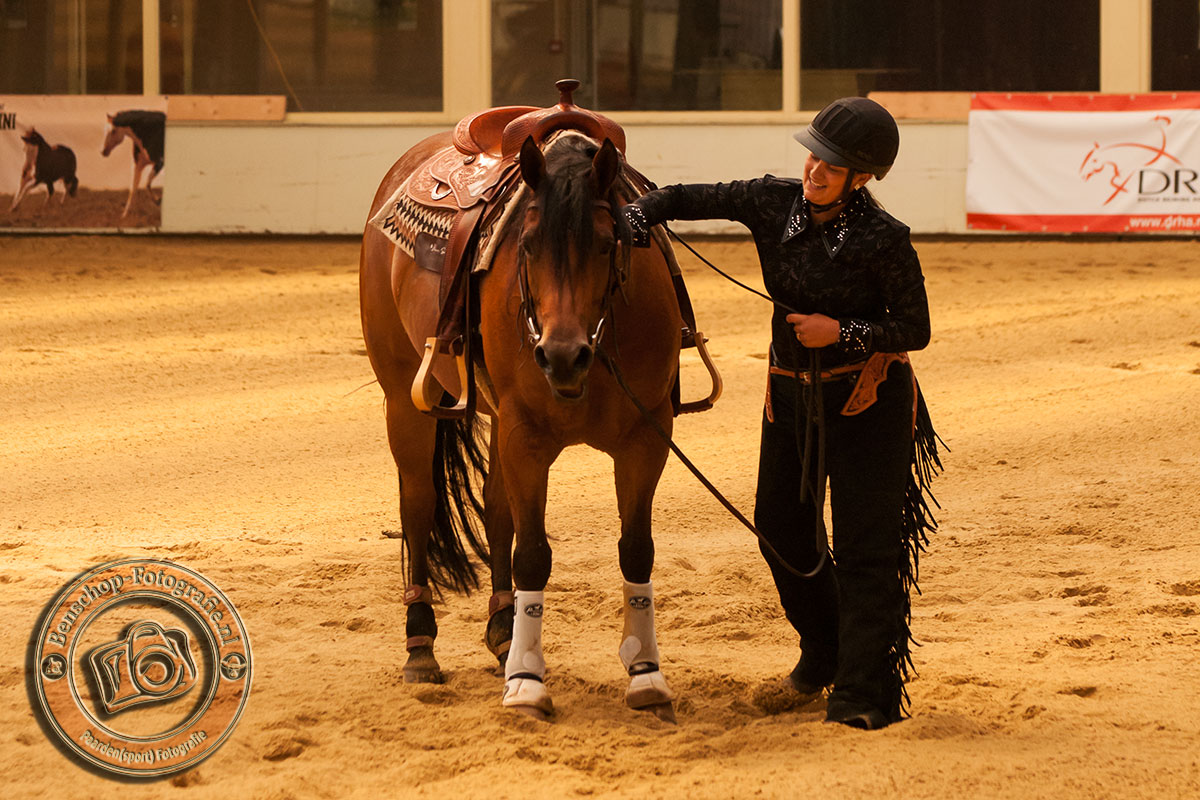 Sanghita Van Buuren-Biharie became Snaffle Bit Non Pro Champion on the last DRHA show of the season! With a score of 71!!! Well done Sanghita! All our other non-pro’s did good as well with some improvements again and surprising scores. Annemiek Oechies and RO Smart As Flash become 7th in the Rookie L1 and that was good for a 11th place in the Rookie L2. Lidia Ponsen and Wannahavewhiz had a 5th place in de GAG with a score of 68,5! Annemiek and John Ponsen with BA Chic Custum had a tie on 15th place in the GAG. Sam Zweegers and Pocos Burning Kit had a whopping score of 66,5 on their second show!

Thanks to all our non pro’s, clients and fans for their trust in us!
Hopefully we have another wonderful season together next year!